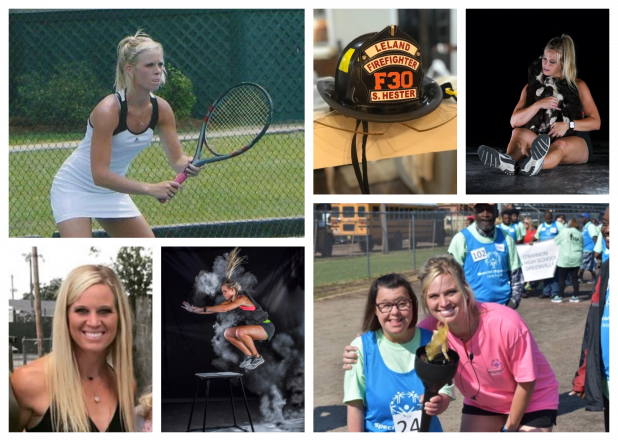 With the retirement of 28 year veteran, Pam Eifling approaching, the Mississippi Tennis Association is excited to welcome Sara Moreland Hester of Leland, MS, to take up the adult league tennis reins in the Delta.

Sara grew up playing sports; including basketball at Delta State University from which she graduated. She began playing league tennis as a 3.0 player at the Leland Racquet Club in 2010. Sara has captained several teams and currently serves as the captain of her 4.0 team in Cleveland.

Outside of tennis Sara has opened Studio S, a fitness gym in Greenville. She also has a location in Cleveland as well as satellite locations in four other cities. She has created a fitness app and has fitness videos available on Amazon Prime.

Sara serves in many ways in her community as well. She is a volunteer firefighter, a member of Washington County’s Dive Rescue team, and the director of the Delta Region’s Special Olympics. Additionally Sara founded Mutt Madness, a non-profit dog rescue group, with Amy Manning in 2015.

It is with great enthusiasm that we welcome Sara to our league tennis family! She will begin working with our Delta captains and players during the upcoming Mixed Doubles league.

END_OF_DOCUMENT_TOKEN_TO_BE_REPLACED

Applicants must meet all criteria and submit a completed application by Friday, March 30, 2020.  Awards/Pledges will be announced in April.