London Breedlove of Madison, Mississippi turned 8 in Spring 2011.  Her parents, Cammie and Keith Breedlove and brothers are avid sports fans, but London wanted a sport of her own.  At the encouragement of Angie DeLeon, Director of 10U and Local League Coordinator for USTA JTT, London attended the first 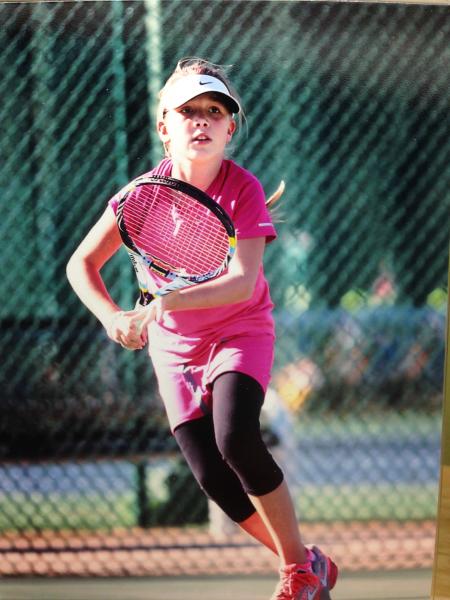 “Tennis Night in America” at Parham Bridges Tennis Center in Jackson, Mississippi.  She had never played tennis before, but the evening sounded like fun, and all participants were getting 10U tennis racquets.  Since London’s grandmother plays league tennis, the family thought it might be a fit for London.

London was immediately smitten with the game, and signed up for group lessons with Cheryl Harris at Ridgeland Tennis Center.  In addition, Mrs. DeLeon found London a JTT team for the summer.  With some excellent help from volunteer parents as coaches, London quickly learned the basics, including how to keep score and position on the court for singles and doubles, and the rest is history!

By the fall, London was entering Novice tournaments and winning them.  In early 2012, she was #1 Novice in girls 10U in Mississippi. In June 2012, she enrolled in the Mississippi Tennis Academy under the direction of Julio Godreau. 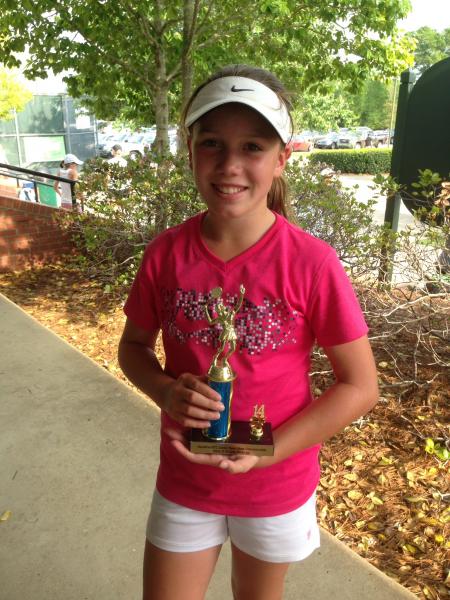 Two months later she entered her first L3 Southern tournament in Memphis, TN where she won 3 out of 5 matches.  She continued to compete in L3’s and L4’s in the Southern states, and by Fall 2013, she was #10 in the South in girls 10U.

In March, London “aged up” to Girls 12U, and began the task of learning the larger court and heavier ball, and starting the long climb up the ladder again in a new age bracket.  Now July, she is ranked #94 in the Southern Section, and #2 in Mississippi!  For now, she is very excited about representing Mississippi at the Southern Junior Cup in September.

London’s success was all made possible by the USTA 10U program and the tireless efforts of her Local League Coordinator and the many supporters of junior tennis in Mississippi.