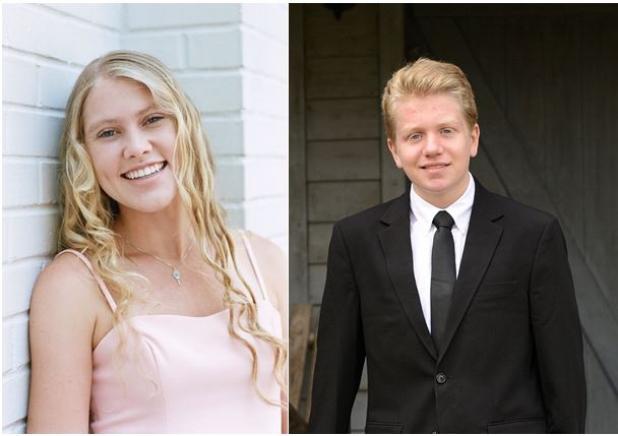 The Mississippi Tennis Association is proud to announce that the recipients of the 2021 educational scholarships are Lydia Lee of Jackson and Jacob Lindsey of Shannon. Now in its twenty-first year, the program awards scholarships each year to a deserving young man and woman based on their accomplishments in the classroom, on the tennis court, and in the community.

Lydia is a graduating senior in Jackson from the Magnolia Homeschool program.   She has achieved a GPA of 4.0 throughout her high school educational career, where she is also a member of the ACT 30+ club.   She has also pursued coaching accomplishments being a Professional Tennis Registry certified coach.   She served the community with numerous volunteer opportunities such as local Arthur Ashe Tennis Camp coach, physical therapy volunteer, as well as human trafficking awareness.  Having been an avid USTA tournament participant, playing her first tournament before the age of 10 and becoming one of the state's top players earning a spot on the Southern Cup team as well as participating in every age division of Southern’s Closed sectional tournaments.  These tennis accomplishments came after sustaining a serious injury while a 12's participant.   This injury was nearly a full year of recovery, slowly getting back the strength to continue pursuing her fullest potential as a competitor.  She quotes how difficult it was to have to hang up her racket focusing on the physical therapy needed to bring muscles out of extreme atrophy.   She states that seeing tennis out of her life was not something she could grasp and pursued her recovery with a new sense of gratitude for the sport.  After graduation she plans to attend Southwestern University where she will be playing on the tennis team, which currently boasts a top 25 NAIA ranking.  She plans to major in the science field of biology and health sciences moving on to medical school, specializing in pediatrics.

Jacob is from Shannon and has achieved a 4.36 GPA throughout his high school career.   He is a STAR Student, Valedictorian, Scholar Athlete, Woodman of Life Scholarship Award, and a US Presidential Scholar candidate.   He has pursued extracurricular activities such as Beta Club, Mu Alpha Theta, Library Club, both the tennis and soccer teams, Scholars Bowl and 4-H .  Other community accomplishments range from being the state 4-H ambassador, US Congressional Gold Medal, Diabetes Researcher with TrialNet through Vanderbilt University, as well as the co-founder of the Blessing Bag ministry which delivers supplemental food to those in need.   Being introduced to tennis at a very early age through a family with a long history of tennis participation, he played on a Quick Start 8 and under team out of the Tupelo area.  Moving on through USTA Jr Team Tennis participation and his age division career in USTA tournaments, he also boasts a 45-5 high school match record serving as a captain for three years. He achieved the MHSAA 2-4A Mixed Doubles Division Champion in 2018 & 2019 while reaching the state tournament semi-finals in both of those years as well.  He pursued some unique tennis accomplishments being that he recruited others in school that desired to play, aiding in securing rackets for those that had not been exposed to tennis, in turn, teaching them the fundamentals of the game.  It was shared by his scholastic coach of 6 years that he has all the intangibles you desire in a student athlete; heart, leadership, discipline, character, and a positive attitude.  He will be attending Mississippi State University.