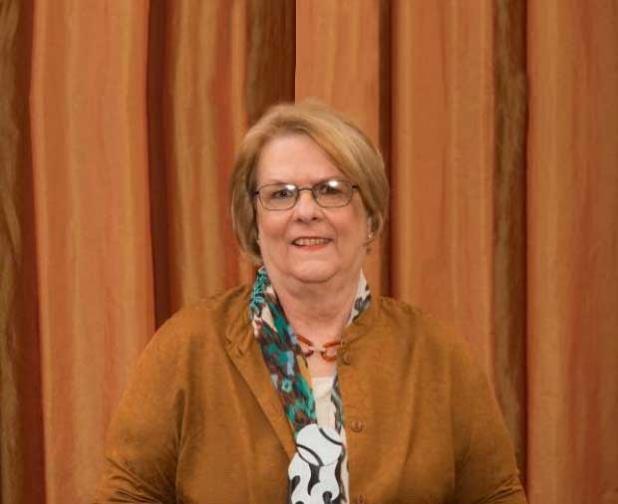 WHITE PLAINS, N.Y., Sept. 13, 2017 – The USTA today announced that Sharon Gault, of Greenville, Miss., was honored with the USTA League Volunteer Award. Gault was recognized at the USTA Semi-Annual Meeting earlier this month in New York City.
The award, established in 2015, recognizes and honors the many volunteers who have provided leadership and made significant contributions to the growth and enhancement of USTA Leagues, both in their section and nationally.
Gault, a lifetime resident of Mississippi, has devoted much of her life to the game of tennis. She is an accomplished recreational player and an exceptional promoter, administrator and ambassador of the sport. Gault secured and opened the first USTA Mississippi office, hired its first executive director in 1983 and also served as the association’s president.

She was awarded USTA Southern Gerrie Rothwell Award, the Southern Volunteer Service Award, the Jacobs Bowl and the Charles Morris Volunteer Service Award, along with and the USTA Barbara William Leadership Award. She was inducted into the Southern Tennis Hall of Fame in 2006 and into the Mississippi Tennis Hall of Fame in 1996. Gault also was instrumental in compiling the first “MTA Recommended Tennis Program for Tennis Coaches” booklet.

USTA Mississippi Executive Director Geoff Norton, talked about her service to her state, saying, “Sharon spearheaded the establishment of the state association’s growth putting in place what we know today as a staffed state office. Her passion is rarely matched by any other, she serves as a volunteer role model to any who wished to follow that path. Few truly know the kind of volunteer Sharon was; she worked within all programs from junior to adult. Sharon's work continues today to define the backbone of how we get the job done.”

Another accolade came from USTA Southern Executive Director and COO John Callen. “Sharon is a rare person who has cared passionately about the USTA family and especially the USTA League program from its roots to all four levels of our organization across multiple decades. Whether it be local, state, section or national, Sharon was always there, ready to lead, contribute, volunteer and to do whatever it took to help people enjoy the great sport of tennis through league play.”
“Sharon has been a pioneer when it comes to the USTA league program. Her hard work and dedication, has helped USTA League to achieve and sustain incredible success over more than three decades" said Kurt Kamperman, Chief Executive, Community Tennis, USTA. “We cannot thank her enough for her years of service to the program since its inception. She epitomizes what being a USTA volunteer is all about.”

The USTA Semi-Annual Meeting and Conference brings together USTA Leadership, national staff, national committee members and section volunteers and staff in pursuit of the USTA mission: To promote and develop the growth of tennis. Along with leadership and committee meetings, the USTA Semi-Annual Meeting provides education opportunities for all attendees to develop and enhance their personal and professional skills and learn new ways to promote the game of tennis.

###
The USTA is the national governing body for the sport of tennis in the U.S. and the leader in promoting and developing the growth of tennis at every level -- from local communities to the highest level of the professional game. A not-for-profit organization with more than 715,000 members, it invests 100% of its proceeds in growing the game. It owns and operates the US Open, one of the highest-attended annual sporting events in the world, and launched the US Open Series, linking seven summer WTA and ATP World Tour tournaments to the US Open. In addition, it owns approximately 90 Pro Circuit events throughout the U.S. and selects the teams for the Davis Cup, Fed Cup, Olympic and Paralympic Games. The USTA’s philanthropic entity, the USTA Foundation, provides grants and scholarships in addition to supporting tennis and education programs nationwide to benefit under-resourced youth through the National Junior Tennis & Learning (NJTL) network. For more information about the USTA, go to USTA.com or follow the official accounts on Facebook, Instagram, Twitter and Snapchat.

END_OF_DOCUMENT_TOKEN_TO_BE_REPLACED

The Professional Tennis Registry (PTR), one of the two leading certifying bodies of tennis teaching pros worldwide, is partnering with USTA Mississippi and USTA Southern to bring a PTR ACE Program...