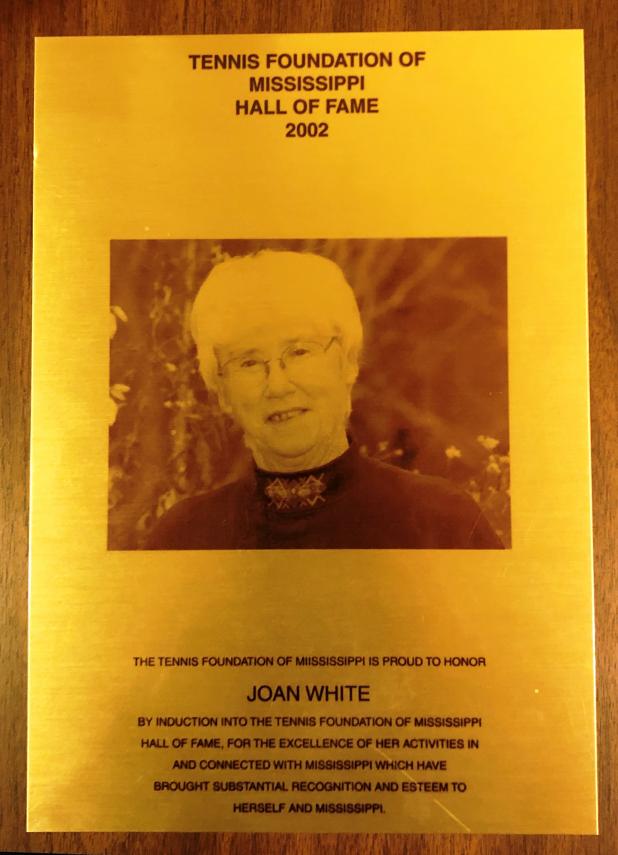 Joan P. White, a long time resident of the Madison, MS area, died peacefully on February 25, 2019 at Providence Hospital, in Mobile, AL after a long struggle with dementia.

Joan was born in New Orleans, LA in 1929 and enjoyed a wonderful childhood that was spent playing outdoors with her brother, Donald, and her friends in Audubon Park and surrounding areas. She spoke fondly of riding her bike up and down “monkey hill,” climbing trees, shooting marbles and playing “kick-the-can.” She attended Holy Name of Jesus School and Church and told many funny stories finding concealed places to smoke a cigarette and avoiding getting her knuckles rapped by the strong-armed nuns. She later attended Sophie Newcomb College, where she met her husband, Dr. John J. White. They subsequently moved to Jackson, MS where she spent most of her remaining life.

Her marriage ended in 1967, but three children were born, all of which were her pride and joy. After her divorce, she taught yoga and exercise in Jackson through the YWCA. She also learned to play tennis and developed a lifelong love of the game. She was ranked as one of the top female players in the state of Mississippi and was consistently ranked in the top three in her respective age group in both singles and doubles within the USTA’s nine state southern group. Many times she attained the number one ranking. While she excelled in competitive play, her biggest joy was teaching. She taught tennis to thousands of people in the Jackson area at Murrah High School, Riverside Park, Battlefield Park, Parham Bridges Tennis Facility and in Canton, MS. She was the first person to introduce tennis to the African American community in Jackson, one of her accomplishments that she was the most proud of. She also enjoyed coaching and was the tennis coach at Canton Academy for a number of years. Through her teaching and coaching she made a meaningful impact on hundreds of young people, many of whom continued to visit her as adults. As a result of her achievements and her lifelong devotion to the game, she was inducted into the Mississippi Tennis Hall of Fame in 2002.

After she retired, Joan spent many relaxing years at Deerfield Country Club. During this time, she was cast as an extra in the movie “A Time to Kill,” something that she talked about repeatedly for the remainder of her life. She was also a faithful member of St. Francis Catholic Church in Madison, MS. After health issues forced her to move to Mobile, AL, she resided at Crown Assisted Living Facility and Mobile Nursing and Rehabilitation Center where she was a beloved and favorite resident, despite giving hell to nearly all of the employees.

Joan will be laid to rest at Metairie Cemetery in New Orleans, LA alongside her mother, father and aunt. A memorial service for the family will be held later this spring. Tax deductible memorials may be made to the Tennis Foundation of Mississippi, P.O. Box 5388, Jackson, MS 39296 where they will be earmarked for women’s and minority junior tennis development.

END_OF_DOCUMENT_TOKEN_TO_BE_REPLACED

The Mississippi Tennis Association will be offering USTA Jr Team Tennis local leagues across the state this summer starting at the end of June, with sign up information and deadlines listed below...