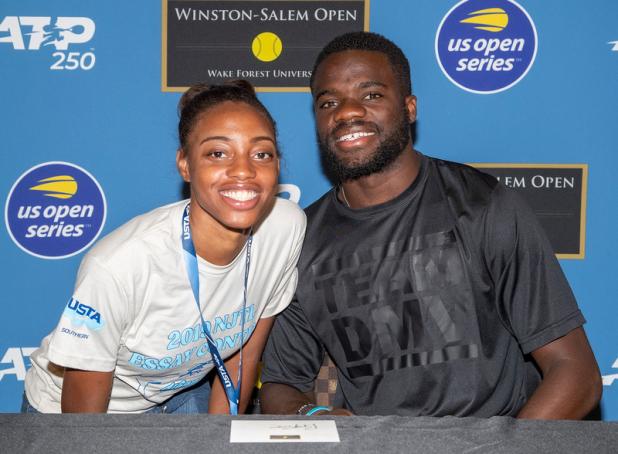 The winning seven just completed a three-day trip to the Winston-Salem Open, in Winston-Salem, N.C., Aug. 17-19. The trip, with a chaperone, included a behind-the-scenes tour of the tournament, professional matches, an autograph session with American tennis star Frances Tiafoe and on-court recognition. The winners met and had their photo taken with Tiafoe and tennis coaching legend Nick Bollettieri.

The winners received free tickets to watch the pros play at the Winston-Salem Open, one of the American summer pro tennis events that comprise the US Open Series. Among the players in the tournament were three-time Grand Slam champion Andy Murray, who lost to Tennessee’s Tennys Sandgren in the first round, and American Sam Querrey.

“Attending the Winston-Salem Open in North Carolina is a special treat for many of our NJTL players,” said USTA Southern Director of Diversity, NJTL & Grants Cee Jai Jones. “Some are not only experiencing their first professional tournament, but they are also traveling on their first flight and meeting an ATP World Tour player up close and personal for the very first time.”